Is There A Property Black Friday? 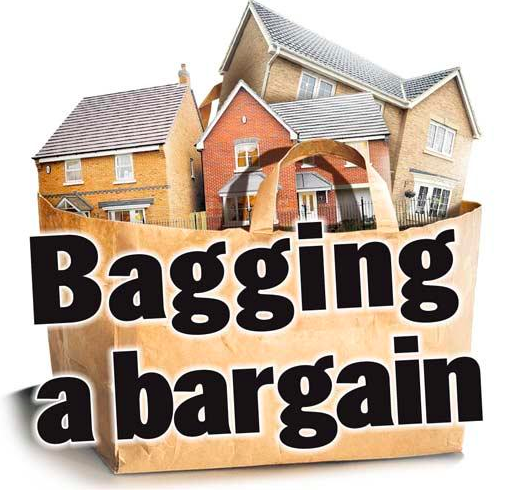 This Friday will once again see the USA phenomenon of Black Friday hit our stores with many already pre-empting the day with Black Friday deals all this week. Black Friday is an informal name for the day following Thanksgiving in America (the fourth Thursday of November), which has been regarded as the beginning of the country’s Christmas shopping period since 1952. Most major retailers open very early (and more recently during overnight hours) and offer promotional sales. The concept sneaked into our stores within the past decade and, despite Thanksgiving not being a “thing” in the UK, it now seems to be a fixture here too.

Whilst we’re not talking about a specific day, can timing help you buy property on the cheap? According to data from estate agent Haart out this week alongside yet another report pointing to a nationwide property slowdown First Time Buyers could be quid’s in as summer prices cool. According to the report it pays to hold your nerve, especially if you’re a first-time buyer who managed to snap up a property deal in August as prices dropped by 10 per cent in a month.

Haart, of course, points to other reasons for the drop, with chief executive Paul Smith suggesting the market had “reached the low of the summer slowdown” as the number of new properties for sale drops by almost 8 per cent across England and Wales (14 per cent in London) in just a month. Prices are still rising, but at a slower pace than inflation,” Smith adds. “And now that unemployment has reached a record low it’s only a matter of time before interest rates climb back up again.”

All of this begs one question. Can you time your way to a property deal? Smith isn’t the only person who thinks now is a good time for a first-time leap. “First-time buyers of course are perhaps the best placed to eye the market closely and be able to detect the right pricing and time to make a move,” notes David Hollingworth, director at L&C Mortgages. “A slowing in the buy-to-let market has no doubt eased the competition for first-time buyers, which may have helped them negotiate on those properties that are available.” No one wants to go house hunting while they’re shopping for Christmas and fewer potential buyers want the upheaval of a December move. Meanwhile, while this summer has been slowed by everything from economic fears to wage-growth freezes, in general, viewing homes is far more attractive a prospect in warm sunshine than it is in freezing rain.

So based upon all of this, is there a black Friday for buying property? “Sort of” says Brian Gilmour, Director of Scottish Property firm Indigo Square Property. He continued “I did work an for estate agents that hosted a property sale in the aftermath of the crash. It got a lot of publicity and generated buyers. Since then I have seen a few other agents periodically promote a “SALE” however it’s more a time of year thing. Black Friday is all about buyers getting value for money and you see that in the housing market when there are fewer buyers and sellers who really want to sell. Winter is the prime time for that.”

Winter is famously a time for average house prices to stagnate and property inflation rates to fall, with reduced numbers of buyers and, what the market euphemistically refers to as motivated sellers” so why is this? Brian Gilmour of Indigo Square Property, and the resident property expert on the BBC Radio Scotland Kaye Adams Programme went on to explain “If you’re on the market in one year, most people don’t want to be on the market the next and will be more willing to consider offers to ensure a sale.” Gilmour expanded “consequently November, December and early Jan tend to be buyers markets. It’s the basic economics of supply and demand.”

So if the winter offers the perfect time to try and pick up a bargain, we asked Brian Gilmour is there a specific type of property that you can you get good deals on – flats/houses? “It’s across the property types that you’ll get good value. The value is created more by the motivation of the seller than specific property types.”

So if there are not specific types of property, we asked Gilmour if there were particular parts of the country you can get these winter bargains. He went on “It’s a universal thing in all areas but will vary depending upon the attitude of the seller.” Gilmour expanded “Where you have someone with a more bespoke property, they are likely to expect that a sale will take slightly longer. Also where the seller does not HAVE to get the cash in to move, again they will be less likely to take a lesser price so probably larger more expensive homes in more rural locations will be less likely to be a bargain, but as I keep getting back to, it’s about a motivated seller”

The above therefore raises the question about whether putting a property on the market in the winter is the right thing to do. If this time of year offers the prospect of buyers bargain, surely this means it’s tougher to sell a property though? Brian Gilmour expanded “Possibly however a good sought after property will always sell, but if you know your economics of the move and you can get someone to buy at the price you need surely that’s the most important thing?”

So if there are specific times of the year that offer better value for money for purchasers We asked the Indigo Square Property Director for his thoughts on whether we finally have some good news in the housing market for First Time Buyers.

“Yes, very good news for FTB’s.” Gilmour continued, “If you can be more flexible as a buyer and have time to pick and chose the right moment then winter and mid summer are good times for a first time buyer to acquire.”

So according to the experts it seems that everything relating to the housing market must be set in the context of the wider market conditions. Despite the efforts of some agents over the last 10 years to kick-start price movement with property “Sales” there is no specific Black Friday for property. In general, through good times and bad, there are the natural cyclical periods in the property market that is mainly dictated by the age-old concept of supply and demand. With new buyers strongest as the sun comes back out around Easter, good times to sell are Spring and early autumn and as buyers retreat back to the comfort of the living room and demand reduces slightly good times to buy are winter and mid summer.