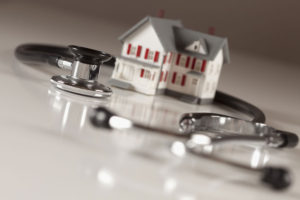 Where is the housing market at?

The latest study shows that confidence seems to be low but people are optimistic. If ever there was a case of needing to cut through the statistics to the real story the latest piece of research into the property market by The Halifax illustrates the dangers of reading a headline and not drilling down to the basics of what’s really happening.

Q There’s a lot of confusion out there about the housing market. Should we be optimistic about next year?

Since the war, properties have doubled in value every ten years…expect the last ten where (principally) properties in Scotland have dropped by 20% – 30% and then recovered to there or thereabouts of pre-crash levels.  What we now see is house price inflation in Scotland averaging wage inflation.  That indicates that the average house price performance in scotland is now very closely linked to the economy and with Brexit there are varying predictions for this.  My own gut feel is that house prices will continue to rise in line with wages.

Q Who has reason to be pessimistic?

People can be affected by main media coverage and house prices in London have slowed following Brexit and the reduced volume of foreign capital into London whilst there is uncertainty on what deal (if any) will be struck.  With national news makers living in that market they often discuss their local trend and extrapolate out across the country.  The most pessimistic in this survey were parts of society that voted remain – London and people under 25.

Q Looking further ahead than next year, is it a rosy outlook?

If I knew that I’d be a millionaire however there are many areas that are only now seeing house prices return to 2007 levels so my gut feel is that there is still quite a bit of room for slow, gradual growth because that is sustainable

Q How much has the EU referendum played into this 5 year high in pessimism?

The EU referendum has played a major part.  London has seen many companies set up contingency offices abroad and London also has the greatest social mix of all the UK cities with just under 40% of the population born outside the UK.  Also young people voted on the whole remain and this survey has Londoners and under 25 as the most pessimistic.

If you want the best advice on whether to buy, sell or rent, email our office on info@indigolets.com and speak to one of our property professionals now.